Indian Institute of Technology Jodhpur has advertised in website for recruitment of Technical Assistant  vacancies. Interested and eligible job aspirants are requested to apply online on or before 30th May 2020 via email.Check out further more details below.


Name of the College: Indian Institute of Technology Jodhpur 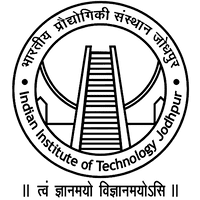 College Profile:Way back in 1946, an idea grew in visionary leaders of the country, of creating of Higher Technical Institutes for post-war industrial development in India. A Committee, headed by Nalini Ranjan Sarkar, recommended the establishment of these institutes in various parts of India. The first Indian Institute of Technology was founded in May 1950 at Kharagpur. Jawaharlal Nehru, the first Prime Minister of India, at the First Convocation of IIT Kharagpur in 1956, clarified in his Address that these institutes of technology will help meet the technological challenges of the Nation. During 1959-1960 four IITs were established at Bombay, Delhi, Kanpur and Madras. Subsequently, on 15 September 1956, the Parliament of India passed an act known as the Institutes of Technology (Kharagpur) Act, 1961 declaring IIT Kharagpur as an Institute of national importance. Also, IIT Kharagpur was given the status of an autonomous University. Thereupon, IIT Guwahati started in 1992, and also the then University of Roorkee was given the status of an IIT (and now called IIT Roorkee) in 2001.
Name of the Posts:
Technical Assistant(Temporary)
Departments:
Office of Research and Development

Name of the Post: Technical Assistant
Title Of The Project:“Development of low cost sensor for monitorig of odours in ambient air"
Name of the Project Investigator:Dr. Mahesh Kumar
No. of position : 02
Name of Initial Appointment : Technical Assistant
Duration of Initial Appointment:01 Year
Qualification : Essential Qualification: M.Sc.in Science or Engineering/B. Tech. in ECE,EE,ME or Materials Engineering or equivalent/Diploma in Engineering
Desirable : Synthesis and characterization of materials/Device Fabrication/Sensor Integration Candidate will be deputed at Envirotech Instruments Pvt. Ltd. New Delhi.
Brief description of Project : Low cost metal oxide based indigenous gas sensors will be developed for monitoring of odour in indoor as well as outdoor air. The development instruments can be used for real time monitoring of odours.


How to Apply: Applications are invited from the citizen of India for filling up the following temporary position in the sponsored project at this Institute. The position is purely temporary, initially for a period of 01 Year, and extendable but co-terminus with the duration of the project, on contractual basis with consolidated pay.
The candidates possessing the requisite qualification and experience should apply through
ONLINE process up to 30 May 2020. The candidates are advice to take printout of the application and keep it with you, No need to send hard copy.
The last date for receipt of online application is 30th May 2020.